Ever since I can remember, I have had great reluctance to be around other humans. Whether that is attributed to anxiety, preference, or upbringing, the fact remains that I prefer to be alone. Of course, there are a select few that remain in my loop, but very few new additions. And of the people that are in the loop, there is an even smaller group of humans with whom I can tolerate long periods of interaction.

It has nothing to do with them, of course, and everything to do with me. I stopped going to school and started running away when I was 13 because my parents’ solution to my “social anxiety” (which didn’t have a name back then) was to constantly put me into new situations. After a while, it became harder and harder to adapt – until I just didn’t want to anymore.

Now, decades past my schooldays, I recognize how many times I was told how weird it was to prefer solitude. You don’t like the company of other people very much? What is wrong with you?? Today I’m perfectly fine with it. I have a low tolerance for other humans, that’s just the way it is. Solitude is how I recharge, renew, and revisit who I am and what I want. I am the one I spend every moment with, and I need to know who that person is. And if self has a shitty attitude, I need to understand where it comes from and what to do about it.

I wrote in a previous post that this blog will evolve, though I didn’t know into what. Even though I’m fuzzy on the details, I know I need to move my entire self into the present. I’ve spent a lot of time looking back over the last few years. From dealing with my son’s devastating circumstances to my mother’s betrayal, all while recollecting the path from drunk to sober. It’s a lot.

I didn’t anticipate that my return to Florida would drop me into my past where I would have to wrestle long-held demons and make my peace with them. I’ve written about my drunken journey into sobriety and the difference that has made in my life. I’ve written about my lack of significant romantic relationships and how that has shaped me into a self-sufficient warrior. I’ve written about how the shit I wiped off revealed a shine I didn’t know was there. The crap left something behind, but not what I had expected.

I’ve written about financial struggles. Of living in a home that isn’t mine, of subsisting on $800 a month or less for the better part of two years. I’ve talked about how the 2006 fire in my home gave me a new perspective and how I’ve worked to make my life smaller and less complex as a result.

Now is the time to move forward as I’m reminded by the incessant hands of the clock as they tick, tick, tick. And there is a tangible pull. Actually, it’s more like a push from behind; like a hand is against my back, propelling me. The state of our country, the global pandemic, the loss of a legal icon, the death of our delusions, and our continued ignorance of climate change have left me with a desire to go back to the earth. To duck into the forest and be a small presence, to watch life unfold at life’s pace.

I’ve lived in Florida for a very long time and seen my share of hurricanes. The lessons learned from a storm’s aftermath tend to follow you: You recognize that the damage may be devastating, cleanup may take longer than you think, nothing will ever be the same, and life won’t look the way it once did.

And then you begin.

Diana has been a burger flipper, newspaper carrier, photographer, yoga teacher, business owner, and writer. Diana rejects titles, out-of-control capitalism, social injustices, and climate-change deniers. Diana supports personal growth and introspection; she agrees that the extraordinary is not in who we are but in what we do. Diana strives to be an example and provide the blueprint for building an unapologetic, authentic, wildcrafted life. View all posts by Diana Hacker-Reed 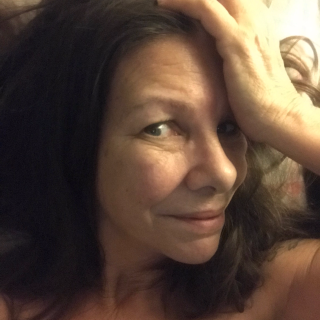 Diana has been a burger flipper, newspaper carrier, photographer, yoga teacher, business owner, and writer. Diana rejects titles, out-of-control capitalism, social injustices, and climate-change deniers. Diana supports personal growth and introspection; she agrees that the extraordinary is not in who we are but in what we do. Diana strives to be an example and provide the blueprint for building an unapologetic, authentic, wildcrafted life.